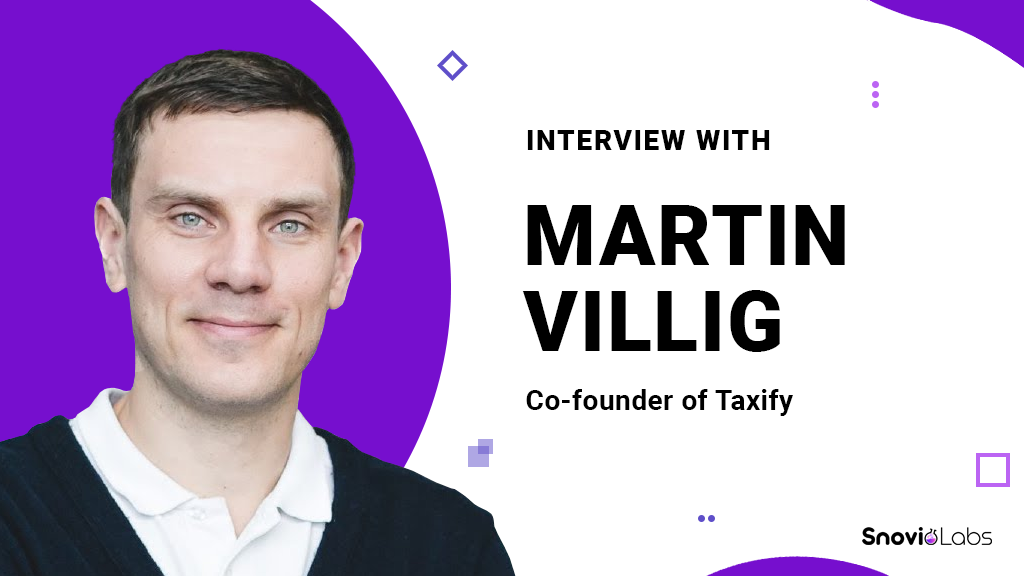 This week we were lucky to catch one of the speakers at IT Arena Lviv, no other than Martin Villig, the co-founder of one of Estonia’s unicorns – Taxify. For those of you who don’t know what Taxify is, it’s a ride sharing service operating in 28 countries with more than 10 million customers all over the world. Martin was generous to share some insights on how startups can grow from nothing to everything, and what made Taxify a unicorn.

Watch the full interview at the end of the article.

Interviewer: Hi, Martin! How are you?

Martin Villig: I am good, thanks! My first time in Lviv! Taxify does not yet operate here, but hopefully it will in few months.

I: I wanted to clarify something. I’ve heard a rumour that you got the idea for Taxify when you were in Kyiv [Ukraine] in 2012, is that true?

MV: Yes. I came here for the Garage48 hackathon as a mentor. And then people told us that you can order a taxi via a website – from Uklon. We tried it. It worked. And we went back home and started thinking of Taxify, so… yeah. The initial idea is from Kyiv.

I: You founded Taxify with your brother, Markus. He’s your younger brother, so has there ever been any kind of rivalry between you?

MV: Not too much rivalry [Laughing]. I think initially I was more like, maybe, a mentor with more experience. Because before we started Taxify, I had 15 years of experience from different startups, and Skype, and elsewhere. But now we have divided the areas of what he is doing and what I am doing. He takes care of product growth, investors, and I have the finance, legal, and HR offices, the other side. So we work on our parts and we don’t collide too much. I really like his ambition, his vision, and energy, I think he’s probably the best founder we have in Europe today.

“Many still work in outsourcing companies when they could start their hobby projects on the side, and when those get more successful, switch fully over.”

I: Your parents are probably very proud of you? [Laughing]

MV: Yeah, they are a little bit, yeah. We started as a family company, so they actually onboarded the Russian-speaking drivers, because we both didn’t speak Russian that well. So, in the first year they were really hands-on in actually onboarding the drivers in Estonia. But, of course, later we hired people, so now they are just fans looking at how we are doing.

I: How are you liking Ukraine so far (edit. note: IT Arena Lviv is held annually in Lviv, Ukraine)?

MV: I like it quite much. I see there’s lots of people who are bright-eyed, eager to do something, so it’s all about sharing any kind of inspiration and boosting the startup ecosystem. It’s needed because many people still work in outsourcing companies when they could start their hobby projects on the side, and when those get more successful, switch fully over.

This is the main question – how do you transform the outsourcing industry into the product industry and startups. I think Estonia has done that switch, so we’re sharing our experience, and trying to see how Ukraine could transform in that direction, too.

“In general, two people would be the ideal core – one business person and one developer. This way you can build stuff really fast, try it out, talk to customers, iterate and, of course, get feedback to learn from. ”

I: And if you could give one big, massive advice to anyone who wants to start a project but doesn’t have any foundation or employees yet, just An Idea? What’s the first thing they should do?

MV: Starting a project alone is quite complicated. If you are a developer, then you have a good base to start because you can build a prototype yourself. Business skills are usually easier to learn than tech skills… well, at least that’s what I see.

But I would say in general, two people would be the ideal core – one business person and one developer. This way you can build stuff really fast, try it out, talk to customers, iterate and, of course, get feedback to learn from. Just start, do it to get experience. Maybe you’ll fail with the first project. But stand up again, find another one, try again.It’s trial-and-error.

Most importantly: there’s so much valuable information out there, use it. Whenever you face a challenge, just google it. Lots of American investors share good information via podcasts, talks, blogs. Whatever topics you need, whatever information you’re looking for, you can get it.

And, of course, talk to your local entrepreneurs and also reach out to global ones. You might feel that these people are too far away, or too busy, but always take a chance. If you have specific questions you need help with, contact me or any of the other entrepreneurs. When the questions you have are specific and you can show and explain what you are doing, people are much more willing to help. Don’t be afraid to ask help from the others. Be very positive and energetic, and then good things will start happening.

I: So you believe failure is not a big deal?

MV: Yeah, of course not. I sold my first company in my second year of university and became the director of that company in Estonia. Two years later it went bankrupt. But it was just a good experience, a good learning opportunity. Overall, I have gone through three or four project failures, companies that went bankrupt. You need to learn to try and stand up, to keep going. It’s a valuable quality.

“Overall, I have gone through three or four project failures, companies that went bankrupt. But it was just a good experience, a good learning opportunity.”

I: You’ve also mentioned good podcasts for entrepreneurs. Could you give us a couple of recommendations?

MV: I follow lots of content from Y Combinator, Andreessen Horowitz, and a few others, but it depends on the topic you need, really. If it’s a top global name, most content they offer will be good.

I: I’ve heard you had quite an unusual first job?

MV: I started when I was about 7 years old. I was visiting my aunt in Stockholm, it was 1985. At that time we didn’t have money, but there was lots of stuff we’d want to buy, so I was always thinking how I can make some money. So we started going from neighbor to neighbor asking for empty bottles and cans and taking them to a recycling store.

That was the first way for me to make money and buy the stuff I needed. It’s a good example,actually: if you really want something, you can always find a way. Just get creative. And maybe ask for advice, brainstorm.

Your first job always shows in your character. When we hire people, we actually prefer those who start very early on, we value enthusiasm and energy rather than experience. This is one of the things that helped Taxify build such a big company with a relatively young staff. We don’t have any executives with high salaries and grey hair like most global companies. The average age of our employees is 27.

Everyone learns a lot on the job, we have people doing very different projects. One guy came initially to onboard taxi companies, but then we needed him to launch credit card payments. He had no clue how to do it, but he learned how, he launched it. Then we found it’s fraud, so he started sorting the fraud problems. And today he’s leading all African operations, which is basically half of our company. In just 4 years he learned so much. So if you want, you can do it all, you just need to put lots of energy and work towards it.

“We started going from neighbor to neighbor asking for empty bottles and cans, and taking them to a recycling store. That was the first way for me to make money and buy the stuff I needed.”

I: Most people don’t realize that CEOs, founders, all these successful young entrepreneurs are actually down to earth people with simple hobbies. What are yours?

MV: I like to go hiking and visit small islands. I have a really small boat, so I can visit Estonian islands. And most people even don’t know that you can take a 40-minute boat ride out of Tallinn, and you are on a lonely island for a week. You can camp, swim, read, just go for a walk. I’m really lucky to live in Estonia with such great nature.

But I also enjoy traveling, talking to young entrepreneurs, trying to understand their challenges and maybe give some tips on what I would do.

I: Travel is probably a big part of your job.

MV: I’ve tried to be quite open to travel, but overall at Taxify we actually travel very little. We try to work from the office because we feel that’s the most efficient way. If you travel a lot, your schedule is messy, you have time differences, and all hours lost at the airports. It brings down efficiency. Which is why a lot of the time if we need to, we talk to people via video calls. We try to stay at home, get at least 8 hours of sleep, and stay as productive as we can be. I think that’s maybe one of the differences between us and the other companies.

I: But you also have a DJ career as DJ Waldec, is that right? So if, for example, you cannot afford 8 hours of sleep, if you have 3 hours, working really hard on launching your project, what music would you recommend for that?

MV: Jazz-house. When I need to focus on work, I put on some jazz-house with no vocals, just a good beat. It puts me in a working rhythm.

But overall, I still recommend trying to get those 8 hours of sleep. Markus has the same rule. He tried less, but productivity goes down so much, that you start making bad decisions and overworking. If you take a bit of time off, and think your decisions through, you’ll do better than if you’re hustling all the time without thinking. A bit of sport helps too, don’t go crazy with work. Have a balance.

This interview has been edited and condensed for clarity. 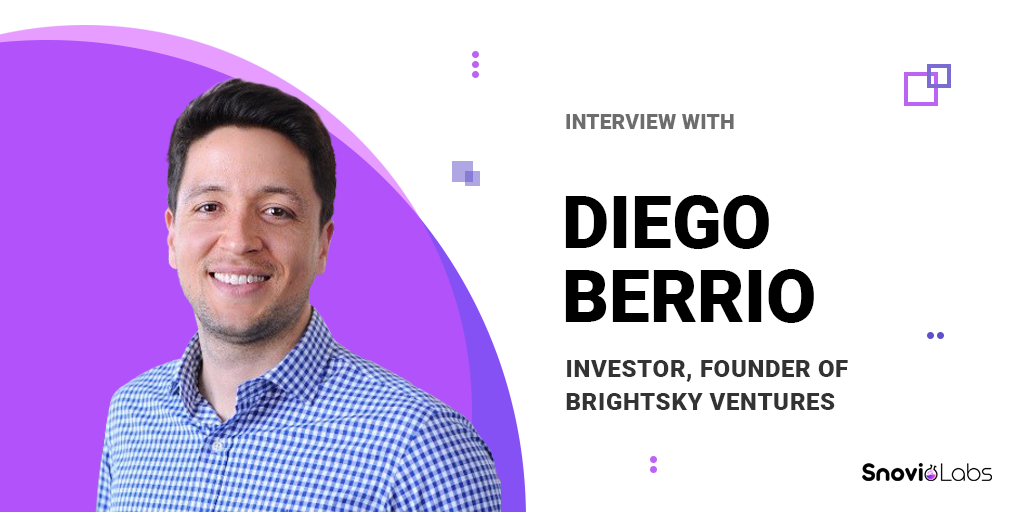 How To Attract An Investor: An Interview With BrightSky Ventures’ Diego Berrio

We asked Mr. Berrio about what he looks for in startups, how to attract a VC, and what red flags can stop VCs from investing in your project.

We spoke to Arnaud Castaignet, the Head of Public Relations at e-Residency, about the who can become an e-resident. 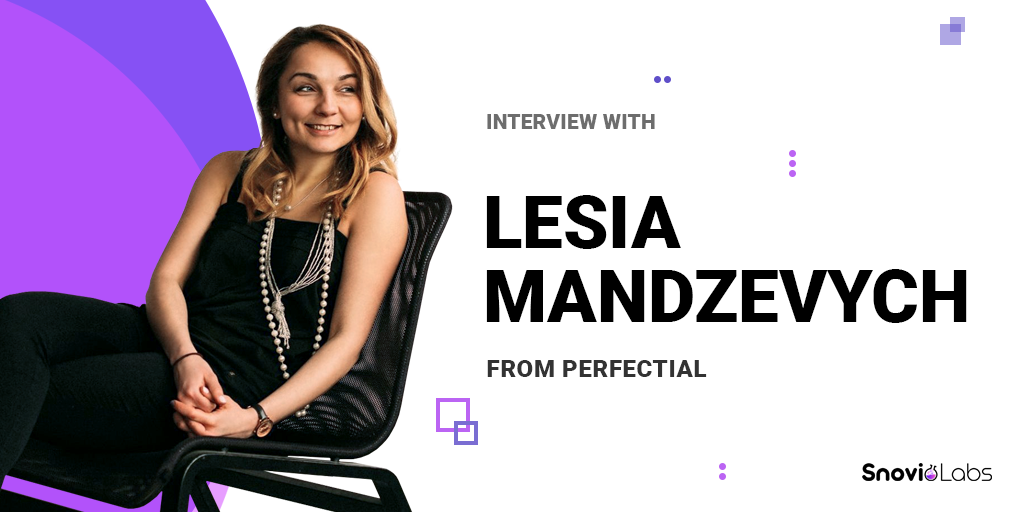 We spoke to Lesia Mandzevych from Perfectial about the do’s and don’ts of developing a startup and creating a perfect marketing strategy.